What Is Car Depreciation

Simply put, depreciation is the difference between the amount of money you spend when you buy a car and the amount you then get back when you sell it on. Unfortunately, this is often overlooked as a factor by motorists when they purchase a new car. They instead choose to focus on variables such as fuel efficiency despite the fact car depreciation is the single biggest factor that effects vehicle running costs. 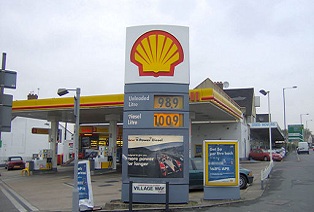 In the business we often like to talk of ‘residual values.’ This is a term used to describe the value of a vehicle once it has done its job and is due for replacement. The average residual value, after three years, of a brand new car sits at a shockingly low 40% of its new price. This assumes that it has done 10,000 miles per year. 60% of an investment is a huge amount to lose over a period of three years. Now it is time for the necessary analogy. If you were asked to invest £40,000 in a pub, from which you received a limited amount of beer and food, and then 3 years down the line you were given £16,000 back and told that is your lot you would be slightly miffed wouldn’t you?

Why then would you do it when it came to owning a car? Of course, although the percentage drop holds an average, the real cost to you varies drastically dependent on what car you buy. For example, if you were to buy a £10,000 hot hatch it could cost you an average of £2,000 per year in car depreciation costs and end up being worth about £4,000 when you go to sell it on after 3 years. However, if you were to splash out on a £200,000 Aston Martin depreciation would sting you at a very unpalatable £40,000 per year and after 3 years you would be left with a £120,000 car.

There are other variables that come into play such as mileage, age and condition. There are also ‘good depreciators’ and ‘bad depreciators’ (but more on those later.) As a rule the rate of depreciation slows with age. So, although over the course of three years your car may have lost 60% of its value, that does not mean it has lost 20% per year. In fact, more often than not a new car will lose around 40% of its value within the first year! This starts the second you drive it off the garage forecourt.

How To Minimise Car Depreciation

There are ways in which you can minimise the depreciation demons power. One of these is buying cars that garner more interest, such as highly fuel efficient cars, the demand for them as new and second hand models will help slow the rate of car depreciation. Another way in which you can lessen depreciation rates is to buy a used car. 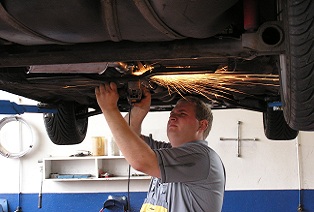 As previously mentioned depreciation slows as the car gets older so buying a nearly new vehicle lets you avoid that initial huge loss of investment. Of course you could buy a car that is even older, the older you go the slower and slower the depreciation rate becomes. Do not forget though, the older you go the less technology and features you get and the higher the risk of breakdown, and needing its associated repairs, becomes.

If you do decide to buy a car then caring properly for it is the best way for you to lessen its car depreciation rate. Keeping it clean, reducing your mileage as much as possible, following manufacturer servicing schedules and keeping a record of servicing and promptly carried out repairs will all help to keep depreciation in check.

Rather unsurprisingly probably the single best way to avoid car depreciation all together is to lease. By leasing your vehicle for small monthly payments there is no loss of investment on your part, no financial penalty simply because you have driven the car off the forecourt (which is what you brought it for wasn’t it?) Leasing is a particularly great option for those who cover a large amount of yearly miles. Depreciation sky rockets the more miles you cover so taking out a car lease with an appropriate mileage plan will save you from its effects. Make sure you stay within your mileage quota though, there are often hefty charges for exceeding it.

However, probably the single biggest advocate for car leasing vs. buying comes at the end of your contract. When you come to sell on the car you brought 3 years ago it will be hammered home just how much money you have lost, you will probably be filled with a feeling of dread and regret. Shall we tell you how you feel when you come to the end of your lease? Really excited!

When your new car gets delivered to your house you can simply hand over the old keys and forget about the old one. There is no loss of investment, no painfully awkward bargaining with used car salesmen as you try to pull back a tiny bit of your investment. Just a shiny new car, filled to the brim with new tech and features, ready for you to jump behind its wheel.

Convinced yet? Take a look at our fantastic car leasing deals to see just how much you can save.

If you found this guide useful why not use the social media buttons at the top of this page to share it and let your friends know about the evil depreciation demon.